Great to get away from the West Surrey area for a change. Two groups headed IoW-wards: one was a group of four aiming to circumnavigate the island following the signed route, which is a 60+ mile bash comprising numerous hills and some flatter sections. Having ridden round the island twice previously in a clockwise direction, I was keen to do it the other way round and was pleased when everyone seemed happy to do it that way. Group members were John Murdoch, Nick Davison, Pete Chimes and yours truly. Below are a few photos taken on the ride. There’s no news about the other group at present, although some may be forthcoming later. (It’s OK, they’re not lost and still over there!) 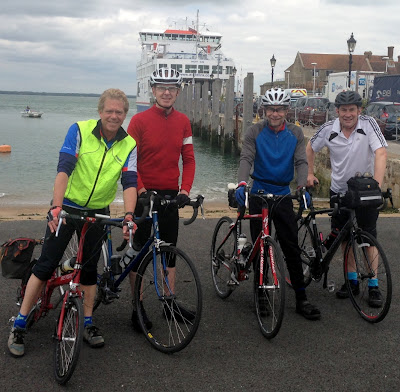 As you can see, the weather was dry but generally overcast. Temperature-wise, it could have been warmer but compared to recent weather, it was pretty good. The photo above shows us in front of the ferry we didn’t catch – the one from Lymington to Yarmouth! 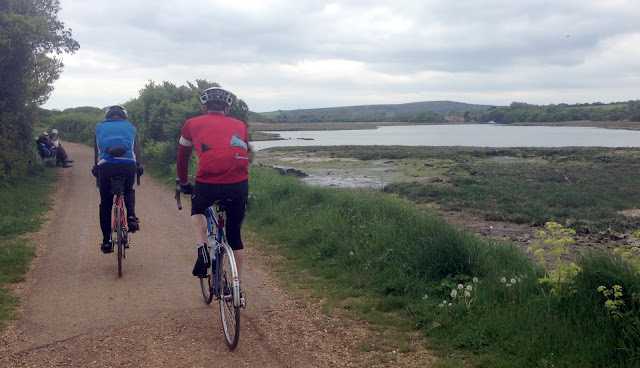 This is the cycle path from Yarmouth to Freshwater Bay 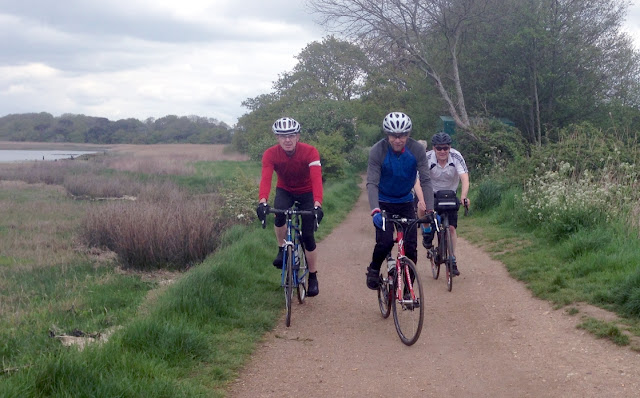 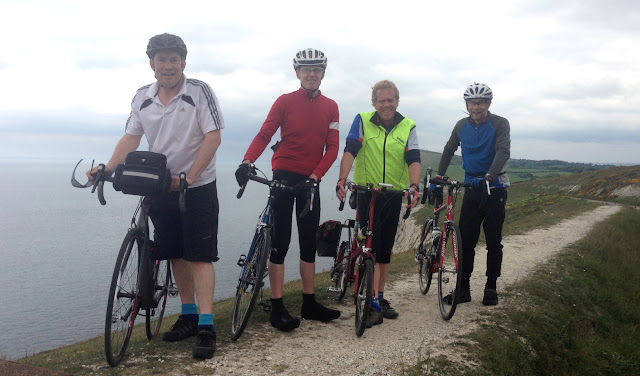 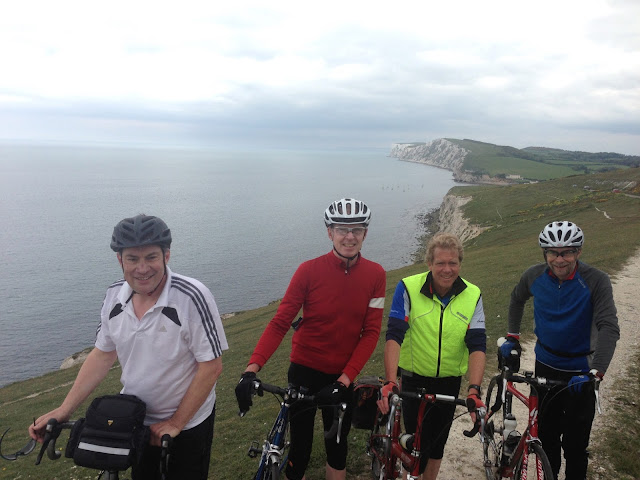 The two photos above were taken from the top of probably the longest hill on the ride, the one east out of Freshwater. We bumped into several locals who had acted as marshals on the annual IoW Randonnee, held at the beginning of May which goes round the island and attracts several thousand riders annually.